In addition to silicon carbide and gallium nitride, in recent years, gallium oxide (Ga2O3) has once again entered people’s field of vision, and has become the focus of many researchers with its wider band gap than SiC and GaN.

Why has gallium oxide been taken seriously until now

Gallium oxide has entered everyone's field of vision, why should we emphasize "again"?

In fact, the application of gallium oxide in the semiconductor field is not a brand-new technology. There have been a lot of researches on it many years ago, but this material was not originally used for power components, and was originally planned for use in LEDs. (Light Emitting Diode) substrate and other research and development.

However, the scale of R&D and application for these purposes is relatively small, and some of its "special functions" seem to be a bit advanced and useless. In addition to its high technical difficulty and outstanding heat dissipation problems, it was obviously inferior to the development of silicon carbide at the time. , Gallium nitride, etc. are more cost-effective.

As the saying goes, 30 years in Hedong and 30 years in Hexi. With the development of application requirements becoming clearer, the performance requirements for high-power devices in the future will become higher and higher, especially the urgent demand for ultra-wide band gap semiconductor materials, which makes people see the advantages and prospects of gallium oxide more deeply. , The corresponding research and development work has increased again, and it has become a research hotspot and competition focus in the United States, Japan, Germany and other countries.

Ga2O3 is an oxide of metallic gallium, and it is also a semiconductor compound. Its crystalline form has been confirmed to have five kinds of α, β, γ, δ, and ε up to now, among which the β structure is the most stable. Most of the researches related to the crystal growth and physical properties of Ga2O3 focus on the β structure. Researchers have trial-produced metal semiconductor field effect transistors. Although they belong to a simple structure without a protective film and passivation film, the samples have shown high withstand voltage and low leakage current. When silicon carbide and gallium nitride are used to manufacture components of the same structure, it is often difficult to reach the specifications of these samples.

In addition to excellent material properties such as a larger band gap than silicon carbide and gallium nitride, the main reason for using Ga2O3 as a semiconductor material is its lower production cost.

Compared with general semiconductor components, power components occupy a larger part of the production cost of components. The lowest wafer cost (per unit area) is silicon, which costs less than 100 yen (about 6 yuan) per square centimeter of wafer.

At present, the main problem of gallium oxide as a semiconductor material is the low thermal conductivity of gallium oxide, which is also reflected in the above table. Its thermal conductivity is only 0.14W/cm·k. There are two solutions: heat transfer from the device channel down to the high thermal conductivity diamond or AlN substrate obtained by bonding technology, and from the channel up to the high thermal conductivity metal heat sink on the top of the device passivation layer. P-type doping remains a huge challenge, but unipolar devices can be used from a device perspective. Other challenges include the development of a gate dielectric with low defect density and high reliability, a lower resistance ohmic contact, and more effective terminal technologies such as field plates and metal rings to improve the breakdown electric field, lower defect density and more withstand voltage. Ga2O3 epitaxial layer and larger and cheaper single crystal substrate. After fully considering and solving the above-mentioned problems, gallium oxide power devices will shine brightly tomorrow, providing new solutions for the selection of high-efficiency power devices.

Because it has so many advantages, gallium oxide is regarded as a technology with broader prospects than gallium nitride.

As an emerging power semiconductor material, gallium oxide has a band gap greater than that of silicon, gallium nitride and silicon carbide, and its application advantages in high-power applications are becoming more obvious. But this does not mean that gallium oxide will definitely replace SiC and GaN. The latter two may still be the next-generation main semiconductor materials after silicon. They will play their unique advantages in different semiconductor fields.

Gallium oxide is more likely to play a role in extending the power and voltage range available for ultra-wide band gap systems. The most promising applications may be high-voltage rectifiers in power conditioning and distribution systems, such as electric vehicles and photovoltaic solar systems. But before that, there is still a lot of work to be done. 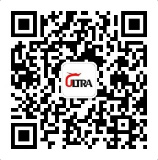